The facts are daunting.

Around 5 to 7 million companion animals enter shelters every year. Of these, around 3 million dogs and cats are terminated every year. 8200 are killed each day, 342 each hour, and almost 6 per minute. 50% of all dogs and 70% of all cats entering shelters are killed. 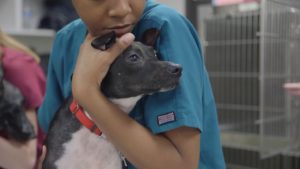