A Southern Fix is feature length documentary about an American tragedy that leaves over 3 million dead annually. That’s the approximate number of healthy dogs and cats euthanized in U.S. shelters each year. To put this into perspective, it’s the approximate 2016 population of Chicago, and it’s a hard number to comprehend… 8200 every day / 342 every hour / nearly 6 per minute!

Approximately 7.6 million companion animals enter animal shelters nationwide every year. Of those, approximately 3.9 million are dogs and 3.4 million are cats. Almost half are killed.

The journey took them to surprising places and the resulting film became more than a film about a problem. It became a film about the discovery of solutions. A Southern Fix is a film about how we can stop the killing.

“A Southern Fix is an unflinching documentary to find solutions to pet overpopulation and the subsequent killing of shelter animals.” – WVLT (CBS)

“A Southern Fix imparts on its viewers a raw, unprecedented look at the failing of our society to our companion animals, but it elevates itself from a documentary to a call to action when it seeks the answer to how we can individually and collectively do better.” – Scotlund Haisley, Animal Rescue Corps 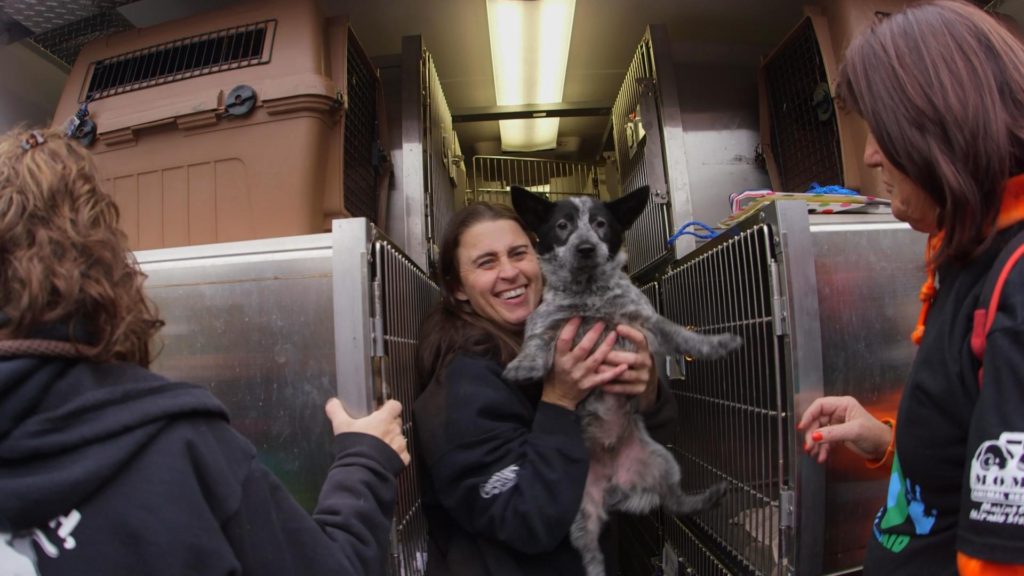 “We created this over-population problem. They’re not property. They’re family. They are our life.”  – Karen Talbot, Co-Founder Animal Aid, USA

“We now have too many animals because people won’t spay or neuter.” – Pam Grier, Animal Rights Advocate, Actress

“So far, Pilots N Paws has saved over 50,000 animals. But that’s hardly a drop in the bucket next to the approximately 3 million that are euthanized each year.” – Debi Boies, Co-Founder Pilots N Paws

“I wake up everyday knowing I’m going to fail. But we are duty-bound to save these animals. We must.” – Jean Harrison, Founder Big Fluffy Dog Rescue